Who ever told you that microblading is originally Japanese, was totally kidding you!!

I know a lot of permanent makeup artists around the world used to have this fancy thought of the Samurai who invented this amazing thin blade and how the Geisha girls had micro-bladed eyebrows for hundred years. Sadly that’s what I thought for awhile till I started investigating the whole thing.

When I visited Japan I was eager to find those microblading masters to learn the technique at its homeland. Surprisingly there were none .. nothing! There were no Japanese microblading artists, no beauty salon in Japan ever heard of this. The only I was able to find online was in Okinawa and she was a foreigner! Unlike any other Asian country, you can hardly see any Japanese girl had got her eyebrows done.

The conclusion is; if microblading is Japanese then there must be a Japanese artist who spread it around the world. But there is none. So I don’t believe that some western permanent makeup artist discovered microblading into a hidden treasure box of a Geisha.

Where did microblading come from? 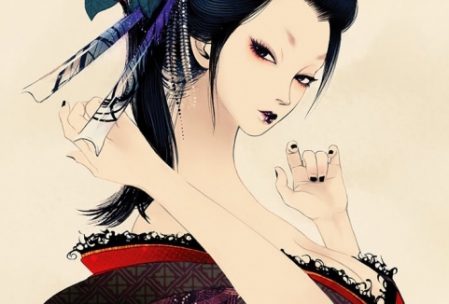 According to Wikipedia and several online resources, microblading originated in China. This is one side of the story. There are also other sources that say microblading is invented by an artist in Vancouver and from there started to invade salons in USA and Europe. Which lead us to the next question.

But how old is microblading? Some would say it is centuries old and some would say it is very recent and started in the western world only by the year 2010. While in places like Singapore and Korea, it goes back to the year 2005. There are several stories but due to my research, I was able to find out that the Asian people used to know microblading under the name “Eyebrow Embroidery” a few years earlier than the European and American. Which leads us to the point it is probably Asian.

It is two Techniques and they are different

Technique #1:  The Manual microblading or embroidery technique, is the famous and most common one across the world. The pigment scratched into the skin using a group of needles; each scratch creates a hair stroke. This technique some would call it hair stroking tattoo or as widely known in Asia with the name Eyebrow embroidery.

Technique #2: The Manual Soft tap technique. The pigment is tapped into the skin using the blade to create a multi-dimensional look with some areas lighter and some darker.  This technique is totally different and not common among artists or beauty salons. The soft tape is originally modified from the Japanese body tattoo technique which is called Tebori. This body tattoo technique by Japanese is widely known by Japanese as the most painful tattoo and used by the Yakuza. Maybe that’s where things got mixed up! The famous eyebrow hair stroking technique is not the same as soft tape technique.

Let’s trace down the evidence

When I started microblading 4 years ago it was technically new and the only blade and tools came from China. Even until this moment, all the tools of this method are exclusively Chinese. Why so? If it is Japanese so why there is no Japanese pen or needles or even pigment?
Why didn’t the Samurai try to sell any original blades to the world?

Maybe I had to go to Japan to discover where they are hiding their precious secrets about the art of microblading? When I visited Japan I started to get the joke. Japanese has nothing to do with microblading, the technique is totally unknown to make up artists in Japan. After researching even in Japanese, I found only an EXPAT artist! super!

Now the arrow of the compass is moving in other directions.

Microblading is mostly a Chinese method

Yeah, but of course no one likes to hear “Chinese” because it always refers to low quality, cheap stuff. Some famous artist was too sensitive about the originality of the method and did not want to use this label. Their commercial brains started to search for a place pretty close but usually better. Nothing better than Japan when we ever talk about the beauty industry and products. Here we go! 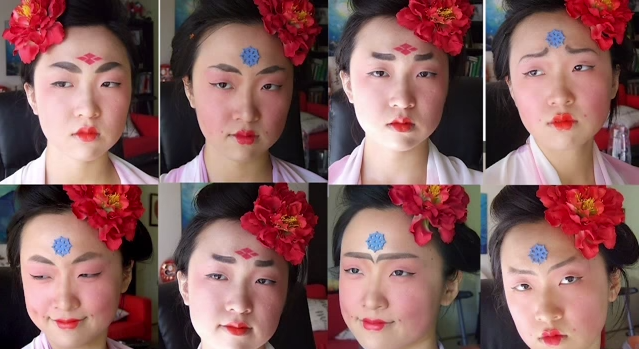 Western beauty evangelists who made a fortune of microblading trend such as Branco Babic were pushing hard to label the technique as Made in Japan. Not only that but our fellow Croatian artists came up with terms “Japanska Methoda”!! Uhm, mostly this is for entertainment? or it is some kind of accent jokes? Anywa, all those nice labels are not relevant to the real story of microblading. We all know that original artists of microblading were any nationalities but Japanese.. Singaporean, Hong Kong Chinese, Taiwanese, you name it.

Let’s say that the commercial way of marketing microblading around the world did try to hide the real roots of microblading. I know that some artists might disagree with me and I am all ears to hear your opinion or your evidence.